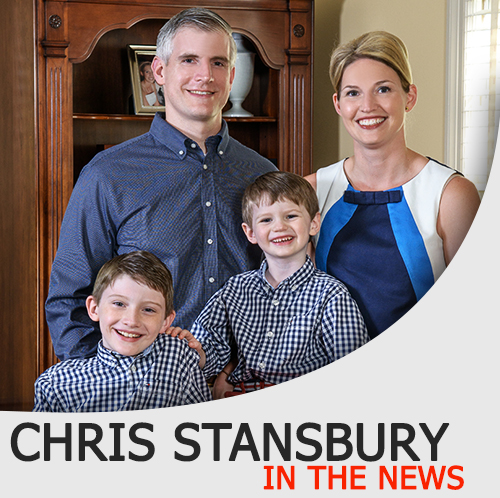 Convicted drug offenders could soon have a new way to help treat their addiction and reduce their chances of re-offending.

House Bill 2880, introduced by Delegate Chris Stansbury, R-Kanawha, extends the Addiction Treatment Pilot Program. The program offers medication-based treatment to drug offenders who are currently incarcerated or who are on parole or work release. Suboxone and methadone are two medications used to help ease addictions, but Stansbury’s bill allows the use of Extended Release Naltrexone, a once-a-month injection that saves money and, he said, works better.

“Currently they’re using suboxone or methadone, both of which are opiate derivatives, so they have addictive potential, they can be diverted and put out on the street and they are frequently,” Stansbury said. “Patients are on those for years so it’s not really a strategy to get them off of something, you’re keeping them on it to make sure they don’t have those addictive tendencies, at least physiological.”

Naltrexone is an opiate receptive blocker, meaning receptors on the brain that would normally allow opiates and alcohol to bind to the brain and create the high users experience from using the drug and blocks those receptors.

“Even if they fall off, even if they slip and try to use, they won’t get high,” Stansbury said. “It doesn’t make them sick like some other medications in the past. They just don’t get that high.”

According to the Partnership for Drug-Free Kids, Naltrexone has other benefits as well. Each injection costs $1,100 and more patients continue using it longer, leading to decreased costs. Researchers also found patients taking Naltrexone were in detoxification in in-treatment facilities fewer days than those who were not taking Naltrexone. Patients also stuck with treatment longer than those taking other, similar medications.

“Historically, oral medications for substance abuse have not often been prescribed or found to have a high degree of success, mostly because patients stopped taking them,” the study’s lead author Dan Hartung of Oregon State University/Oregon Health & Science University College of Pharmacy, said in a news release, according to the Partnership for Drug-Free Kids. “But there are patients who are committed to treating their problems and data showed that they clearly appear to have success with extended-release Naltrexone, which is administered just once a month.”

Along with the injection comes what Stansbury calls “really intense” psycho-social therapy to help them break their addiction.

“We’re really trying to take people who are either going to be incarcerated or who are already incarcerated and getting ready to be released on parole or work release and give them that safety net, give them that layer of protection in case they try to use again,” he said.

Ohio is halfway through a similar two-year pilot. Stansbury said reports indicated Ohio is seeing success and a decline in the number of people addicted to heroin and other opioids. The program exists in pockets of West Virginia, but House Bill 2880 seeks to expand that and use a different approach to reduce the number of drug abusers and recidivism rates in the Department of Corrections.

Kanawha County Circuit Judge Jennifer Bailey has been involved in the Adult Drug Court Program. She said patients have been using Naltrexone for about five years and are seeing success. She is somewhat familiar with the bill and said the language is consistent with national recommendations.

“We’ve been very careful to keep ourselves educated and learn what works, learn what is approved and recommended nationally,” Bailey said. “This is not inconsistent with that.”

Stansbury said the bill not only addresses the substance abuse problem, but also economic issues.

Bailey said many offenders or would-be offenders don’t have access to adequate treatment programs. House Bill 2880 could offer another way for those patients to receive help.

“Our biggest problem is the shortage of effective treatment programs,” she said. “This is something that could bolster that.”

House Bill 2880 has passed through the House Health Committee and has been reported to the full House.

“Everybody I’ve talked to so far as been enthusiastic about it,” Stansbury said. “We all have experienced so many problems with drug addiction in our own communities and constituents have told us over and over and over again that this is one of the primary problems, one of the biggest problems in West Virginia we have to deal with. This might not be the be all, end all drug for opiate addiction. This may not be the absolute treatment we need for everybody, but it certainly gives us another tool in the toolbox for treatment of drug addicted individuals, especially those incarcerated or soon to be incarcerated for drug related issues.”